Back in June the world was graced with a future aviation geek. Or, someone who out of spite will hate aviation and go Uber spotting rather than plane spotting. But for now, Baby3315 has no choice in the matter, he can like planes or he can like planes.

That amazing day in June forever changed my life for the better. I’d do it again, and with another epidural, so would my wife. Day to day life has changed for us from just picking up and going to the grocery store to making sure we have diapers, snacks, spare clothes for him and us, toys, books and surely something else I’m leaving on the kitchen table as I walk out the door. 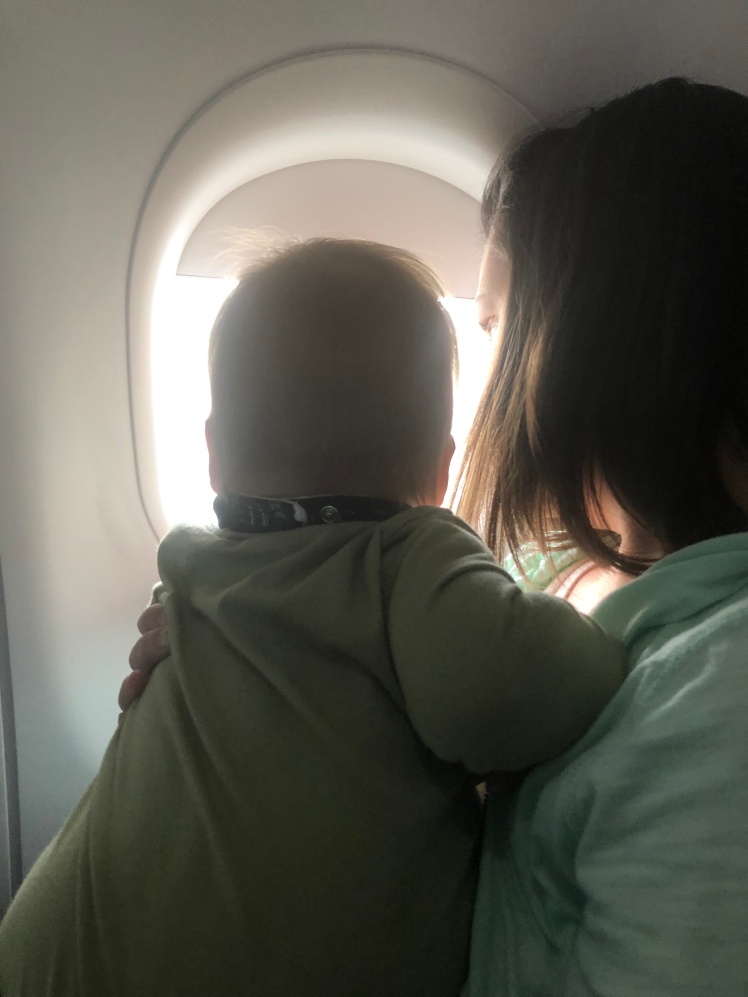 The usual pack up, hop on a plane and head to Florida for a getaway visiting my parents also got a lot more complex. This year we dove in head first with our first flying excursion with him outside of the womb.

Initially the plan was for a week in sunny south Florida. Affectionately named “Heaven’s Waiting Room”, my parents have a place in a retirement community just north of Tampa which provides a great getaway, low cost(read free) and the only white stuff you’ll see is sand at the beach.

The plan however, took a change for the better when my wife(who is a nurse at a local hospital) got an extra week of vacation. Another woman had requested the same week off but her plans changed so just like that, the great folks at @DeltaAssist on Twitter helped me get our flights changed for an extra week in Heaven’s Waiting Room.

Prior to changing our flights, we were leaving Bella the 3315 Aviation Dog with my aunt and uncle for the week. When we got the extra week, we didn’t feel it was fair for them to be stuck with our girl, not that they’d mind, because they love her as well. Their cat on the other hand, not so much. And honestly we would miss her a lot. So again, @DeltaAssist on Twitter FTW!

Then began the whole issue of packing, not only for us, but for the baby, and sorta the dog. My wife was reading up on traveling with infants on her parenting forums and Facebook Groups. Pack x-amount of food, y-amount of diapers, v-amount of vodka and all sorts of other completely useless information.

The fact is, every kid is different, obviously. If they were a like, United would make them all ride in the overhead compartment with the dogs. Sorry, did I say that out loud? I’m not an expert on being a dad, 9 going on 10 month olds or anything else for that matter, but here’s my $0.37 of advice.

The one thing I didn’t take into account was the in-seat screens for in-flight entertainment. These are a major plus. I didn’t expect him to sit still for an hour and a half or so to watch Toy Story. Really, he doesn’t sit still for a minute and a half to watch Curious George at home. I had my iPad and was armed with credit card to get a Go-Go day pass, but it wasn’t needed.

As I stated earlier, we also brought our dog. She’s a whopping 10.2 pound rat terrier. She thinks she’s a 102 pound (insert large dog here) the way she goes up to other dogs 15 times her size. She loves to ride in the car and loves to watch planes. But let me tell you, she HATES riding in planes, primarily because we wouldn’t allow her to sit on the pilot’s lap to sniff out the window at FL320.

In reality it was a combination of things, partially it was the carrier she was in, being able to see us but not be in our lap. The majority of the issue was that it was, as stated before, hotter than the hubs of hell inside that fancy dancy Delta Airbus A320 with the mood lighting, oversize overhead bins and air conditioning that spewed heat not cold air.

That was compounded as she was sitting under the seat in front of us with no air movement at all. And the smell of feet surrounding her. I’d give her drinks of water as much as I could, but it was tough when you couldn’t take her out of the carrier, and when she would try like mad to get out when you’d unzip the hatch to give her water.

As soon as we touched down, I pulled the bag up into my lap which helped calm her down and then we hit the first water fountain we came across in the Tampa Airport. That helped a lot, and I’m pretty sure she’s plotting to nudge the carrier bag into the trash when we aren’t looking. 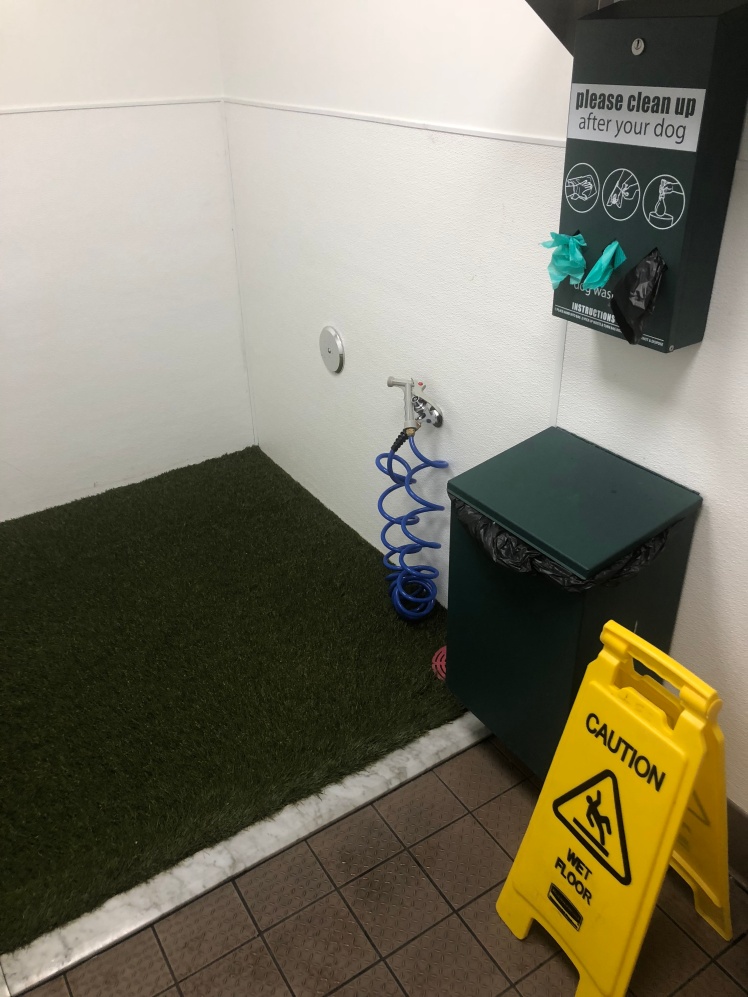 The bright spot was the animal relief area at LaGuardia between Terminals D and C. It was great, a small room that had some turf down with a hose to rise off after your pet sniffs and does their business. Usually I rip on LaGuardia for well, everything, but this was top notch.

This will probably be the last time she flies until I get a my pilots license and a plane. The plan is that she will ride back home with my parents when they leave to come north around the same time we do.

Delta was great to deal with, especially in Bangor when we got a deck of cards, coloring book and crayons. Not that he could color, but in today’s world of air travel and humanity in general, their employees were top notch. Throw in his souvenir wings on the LGA-TPA flight, it could have been a lot worse of a day.

Stay tuned next month for part 2, traveling across country and time zones with an 11 month old and a mother in law.

P.S., the mother in law is great and wasn’t harmed in the writing of this.